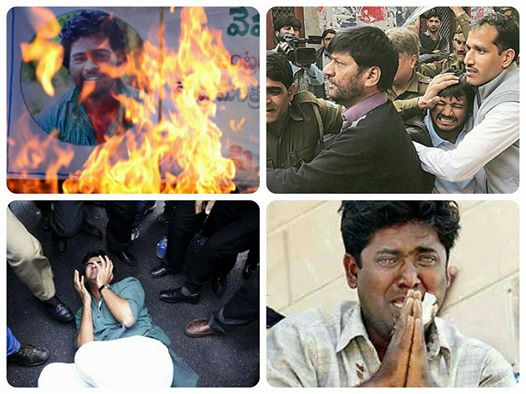 There is raging debate going on across the country over one’s Right to Freedom of Speech and Expression especially in the context of the incidents at Jawaharlal Nehru University, wherein its Students Union President has been charged with Sedition over some alleged inflammatory speech which has now been proven to be doctored

Let us first understand what our Constitution has to say on the above :

Article 19(1)(a): All citizens shall have the rights to freedom of Speech and Expression

This right has been restricted by Article 19(2) :

Like all provisos of laws goes each one is subjected to different interpretations and it is up to the courts to decide what is the right interpretation. Over the years the Supreme Court pronounced extensively on the same in some landmark cases wherein the they have vehemently protected our Rights as the citizen of this great free thinking democratic country.

In the case of Supdt Central Prison Vs. Ram Manohar Lohia the courts ruled that the limitation imposed in the interests of public order to be a reasonable restriction, should be one which has a proximate connection or nexus with public order, but not one far- fetched, hypothetical or problematical or too remote in the chain of its relation with the public order.

In another case of Kedar Nath Singh vs State Of Bihar, the court ruled that a citizen has a right to say or write whatever he likes about the Government, or its measures, by way of criticism or comment, so long as he does not incite people to violence against the Government established by law or with the intention of creating public disorder. It is clear that criticism of public measures or comment on Government action, however strongly worded, would be within reasonable limits and would be consistent with the fundamental right of freedom of speech and expression.

The foundations on which our nation is built since 1947 is too strong to be shaken up by some stray incidents happening inside a campus. And moreover nationalism and patriotism can’t be dictated and put under one political ideology or hue.

We never see the same level of overzealous hyper ventilating patriotism when the people from the state of Bihar are thrashed in Maharashtra, or when the idea of India belonging to one particular community is raised or when Nathu Ram Godse the murderer of Mahatma Gandhi is celebrated by the Right wing organisations!!

In May 2014 the NDA government was sworn in with an overwhelming majority and man have they delivered!!!! They were setting the agenda during the elections on some consequential issues and now the agenda being set is on Love Jihad, Beef Ban. They seemed so busy in scuttling the voices of students on campuses from Rohith to Kanhaiya and slapping sedition charges that they have no time to arrest the downward spiral of economy.