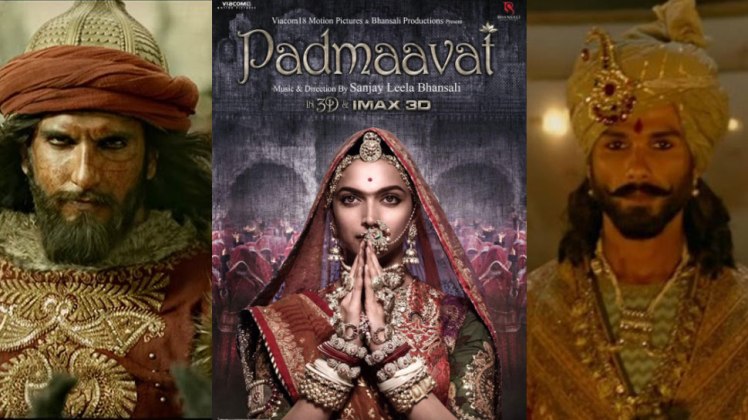 Disclaimer : This is my review of the film and I am no historian to vouch for any historical accuracy / inaccuracy. If you are someone with heightened spirit of taking offence please don’t read any further.

Padmaavat the movie is based on an epic poem written in 1540 by Sufi poet Malik Muhammad Jayasi, so we are told in the beginning of the film to set the record straight by the filmmakers.

I am not getting into the plot of the film as we are all aware of the same thanks to the Karni Sena,  overactive media, our school textbooks and by the tourist guides at Chittorgarh Fort (though the version is very much sanitised now bowing to the popular demand).

But contrary to what Karni Sena had been saying all along the movie is actually an ode to the valour, principles and righteousness of the Rajputs, had they seen the movie they would have learnt a thing or two before throwing stones at school buses and burning commercial establishments. Thankfully for someone like me who rarely moves out of the comfort zone of the Kingdom of Mewar, Amazon Prime proved to be a boon for bringing this visual treat to the small screens of our bedrooms. So like all Sanjay Leela Bhansali productions goes this is a visual treat mounted on a scale that maybe only SLB can outdo in his next productions.

As far as the cast is concerned Shahid Kapoor as Raja Ratan Singh has nothing much to do but offer platitudes on the आन-बान-शान of Rajputs. To match up the cruel and despotic Allaudin Khilji played brilliantly by Ranveer Singh someone more worthy was needed. Ranveer Singh plays all that is required by the character: eccentric, अय्याश, despotic, winner at all cost and only thing that he doesn’t openly play is a bisexual, with not so subtle hints thrown by the antics of his slave boy Malik Kafur.

Then there is The Padmawati – Rani Sa herself: Deepika Padukone. She looks ethereal, slays it with her acting and her presence. What she needs is a standing ovation after the movie. For me the whole movie is encapsulated in the last dramatic Johar scene. This is the scene that makes one a fan of Mr. Bhansali’s movies atleast I can proudly say that about myself. I am a sucker for drama, extravaganza and subtle OTT (I know its an oxymoron but watch the entire SLB movies to know what I mean).

Frankly if not for the controversy I doubt this movie would have been such a colossal hit but I guess any publicity is always good for the film either bad or good. The first half is a little drag but when Rani Sa gets in action there is never a dull moment !!

So go watch the film on Amazon Prime, the subscription is just Rs. 999/- and if you are an Airtel user download the Airtel Movies app and get one year subscription absolutely free, like I did and saved atleast 3K on the subscription, the movie tickets, popcorn and coffee and instead relished the movie from the comfort of my Bed.