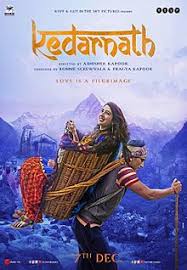 A debutante Star Daughter, a director with an impressive track record barring the last outing and actor with promise and talent. That’s what made me watch this movie straight after the Voting ended in my state for the assembly elections 2018. 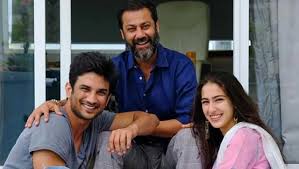 The plot is set in the holy temple town of Kedarnath, with an inter-religion love affair and the devastating Floods that rocked the state or Uttarakhand as the climax. So there is Nitish Bharadwaj aka Lord Krishna of the Mahabharat serial a Brahmin priest running a Guest House in Kedarnath with his wife and two daughters; the sombre elder one and feisty younger one played by Sara Ali Khan. Then there is Mansoor – the local Muslim porter who ferries pilgrims to the temple. The kind hearted, believer and then is this villain so to say i.e. first the fiancé of elder one and later of the younger daughter of the priest.

Sara Ali Khan plays the feisty, talkative girl with aplomb and doesn’t disappoint reminding so much of her mother, so does the ever bankable Sushant Singh Rajput who plays the understated, inhibited man. 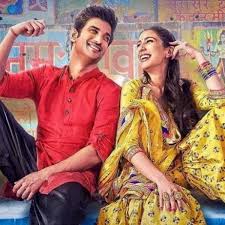 What however fails is the blossoming of the love between the couple; it seemed forced and not natural. Somewhere I read that usually in a Hindi Film of a Inter Religion love story the boy is usually a Hindu and here the director does take that risk of reversing the roles but doesn’t deliver on this risk. The conflict that appears too seems just for the heck of it.

Then there is floods of Kedarnath that appears in the last 20 minutes of the movie and also fails to create the lasting impact. The movie though just around 2 hours seemed long and plays out at a languid pace. The music is passable barring the title song.

One thing that stands out is the way valleys of the Himalayas and the path to the temple has been shot. They look spectacular and makes one take the holy pilgrimage to Kedarnath sooner than later.

As far as the movie Kedarnath is concerned it is a pilgrimage that can be taken though a little delayed when it plays on a TV screen near you.