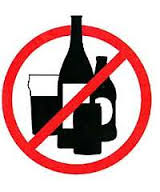 As was promised in his election manifesto, one of the first major decisions Nitish Kumar does after swearing in as the Chief Minister of Bihar for the fifth time around is to Ban alcohol from the state w.e.f 1st April 2016.

Seriously in this age and times is banning alcohol even practically possible??  Besides the obvious revenue loss for the state which is being pegged around Rs. 3500+ crores, how do you even ensure its strict compliance?

Coming from Udaipur, a city on the bordering the state of Gujarat where complete prohibition has been in place since the 1960’s, every day I see some of our brethren coming across the border just to enjoy a glass or two and what’s wrong in that ?? Intoxication in various forms has been always there since time immemorial and would continue for times to come. Like Harivansh Rai Bachhan has put in his iconic poem Madhushala:

Why such a premium on absenteeism? Everything needs to be consumed in moderation and that applies to anything. Even in the state of Gujarat it is not too difficult to find one’s quota provided you know the right source and it is the worst kept secret of the state police. Every other day we read reports in local Udaipur Newspapers regarding trucks being caught and apprehended on their way to fulfill the demands of people living on the other side of the state border. And from what I hear these days the state govt. is little eased out in giving Individuals Permits and also relaxing the norms for people travelling to the state from outside.

So only thing this demand usually does is to start the production of illicit liquor and bootlegging, as per a report the start of the organized crime in Mumbai was in a direct relation to the prohibition in then the state of Bombay. Have seen families suffer because of ill effects of liquor but is it to do with an external factor or more to do with the psychological needs of that individual. If not alcohol there are other means of intoxication , especially in some of the areas of Rajasthan in terms of dependency on Bhaang , opium and its by-products , what about their ill effects??

To set the matter straight, alcohol isn’t my cup of tea not because I consider it bad but because I could never enjoy its taste, to each his own and who am I to disagree??

Bihar Waalon you have time to get tipsy till 31st March 2016 and then the neighboring states will  take care of your needs like we have been doing it for ours . To end by once again quoting Bachhan sb,