For starters we all deserve a pat on our back for staying indoors and surviving the first stretch of the lock-down. If not for the foolhardiness of some, things would have been better. However we are still in much- much better position as compared to most of the so called developed countries of the world.

There a few things that I have realized over this period:

This virus that has shaken the world has its origin in China and they have lot to answer for and pay for.

We all movie going audience need to pat ourselves on our back as it is because of us that the filmmakers now are ready to experiment with the plots and give us unusual storylines knowing fully well that there is an audience waiting to lap it up !! Badhai Ho is one such movie that the filmmaker brave it out and the produce steamroll for the content it has to offer.

The storyline is about how a Railway TT nearing his retiring days living with his wife, 2 grown up sons  and cantankerous mother, realises that he is about to become a father a third time. It is this pregnancy that shakes up not only their family but also extended family, the neighbourhood and the girlfriend of the elder son.

The plot is layered with great lines, genuine emotions and real characters. From the neighbourhood Medical Practitioner ‘Bagga-Baggi’ , to the Tambola sessions to the aunts each character is someone we can identify from our own lifes.

The expectant parents played brilliantly by Gajraj Rao and Neena Gupta are treat to watch. Their embarrassment on knowing the pregnancy and the love and respect that they have for each other is portrayed brilliantly. Surekha Sikri as the mother with the acidic tongue has the wittiest lines, especially when her son tries to convey the news and she finally reacts to it. She reminded me so much of my own Nani. Then there is the younger brother trying to adjust in all this.

There are two love stories that play on simultaneously in the film. One is between the elder parents and the other is between the elder son and his girlfriend played by Sanya Malhotra from office. While the elder couple has to grapple with an accidental pregnancy, the younger one has to deal with the above and the differential family backgrounds.

And then there is Aayushman Khuarna the elder son!! What can be said about him that I haven’t said earlier in my reviews?

In this age and times, when the actors act in few films his two films are playing simultaneously in the theatre and both are great, unusual and different from one another. If I have the liberty to say he is the modern day Amol Palekar but better looking, better acting skills and Sauvé. Like Mr. Palekar he is in top form in the small budget films, playing middle class North Indian character with unusual plots. I just hope he doesn’t get type cast.

Go watch it and you would be thoroughly entertained like we were!!

Yes that’s what I want to remember you as and maybe with all the crazy Portuguese / English names you would address us kids as : From Alphonso to Mr. Pinto and God knows what all and now He is the only one who would be the keeper of your words forever.

I want to remember the fun times of our last family holiday we took at Mount Abu; the boating and the walk on Nakki Lake and the memories of my first Walkman that you bought for me from one of your foreign trips.

Though after a long hiatus, the memories I cherish is our calories ridden Sunday Lunches that became a ritual during the last winters.

Any other memoires that may have existed has been obliterated and forever been consigned to the flames. For memories is what is left now and nothing more and they better be happy for me and the forthcoming generations.

Wishing you too are in a Happy Zone, looking over us and seeing the Truth for that’s all matters now.

With Love and Regards,

China ends one-child policy, allows couples to have two children screamed the headlines everywhere today, be in on TV, FB, Twitter and even at places which has nothing to do with remotely  with any kind of news.

The policy that started way back in the 1970’s by the Chinese government to control its exploding population. Well I am sure it must have definitely would have able to achieve its objects but at what cost. It is one thing for couples to not have more than one child voluntarily and another to be barred from having more by imposing government restrictions. 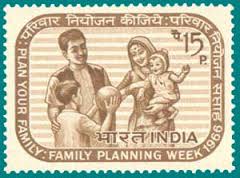 In the Indian context the govt has gone from “हम दो हमारे दो” to espousing the cause of one child per couple. As a result of the measures the fertility rate has more than halved (from 5.7 in 1966 to 2.4 in 2012), but the national fertility rate is still high enough to cause long-term population growth. Indian are still adding up to 1,000,000 people to its population every 20 days. Luckily no government sanctions to have just one child till date. 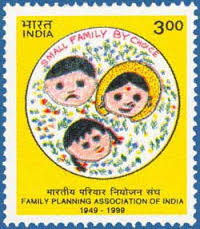 The only restriction is for the contestants in the local body elections to not have more than 2 kids, however the same is not apply the same to MLA & MP’S which is very discriminatory.

Having lived in a usual large Indian family with 3 sisters and countless cousins (first /second / third: if there is anything such as one) what would life be without them. Till much later in life they were the friends I had, people I hung out with and whose company I always looked forward to. It is a different matter that as I grew older the imperfections became quite apparent, the prejudices and hostility came in the forefront, but again like they say the blood is thicker in water and no one makes worst enemies than your closest relationships.

I can’t even begin to imagine with a world without siblings and cousins. So what would happen to those मुहावरे !!

There would be no fun in watching the movies from the Rajshri Productions’s stable without so many relatives!! No Jija, No Fufa, No Bhua , No Tau how boring the life would be !! No one to bitch about , crib out, no one to share the family gossip with, no one playing the role of Match Maker in the weddings !! Only Silver Linings would be pampered and spoilt by both set of Grand Parents i.e. paternal and maternal.

So requesting the Chinese to come and visit India before they embark on this new journey of having more than one kids, to learn about different names for all set of relations no boring Sister In Law / Brother in Law or the Nephew / Niece and Uncle  /Aunt thing !! We have all set of names for all possible relations each different for the mother’s/father’s side of the families. Incidentally we have an entire C Grade Film Industry promoting these very relationship though in dubious manner so this can help them revive the native Industry for I have yet to catch a great film after the fabulous Crouching Tiger , Hidden Dragon !!

Till that time go enjoy doing what the Government has allowed you to do without fear and protection!!