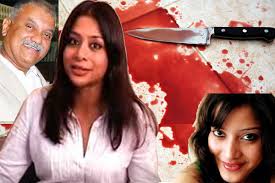 Ever since the Sheena Bora murder mystery broke out, the news channels have been dishing out continuous and incessant coverage about the different characters involved in this crime. We have all derived voyeuristic pleasure out of it and I too have been guilty of the same.

What happened to Sheena Bora was heart wrenching and hope no one has to go thru this; according to the police at the hands of her own mother and the kind of treatment meted out to her even while she was alive. The way each and every aspect of the life of her mother has been dissected and spliced open is something that baffles me. Now that the decibel levels of the news coverage has lowered a bit. Can we be rational and objective about the life and times of Indrani Mukherjea??

This piece in no way defends and justifies the alleged crime of Indrani Mukherjee, for if she is guilty then the strictest punishment be given to her by the courts and till that very time let’s not pre judge her and not go by the verdict that has already been pronounced by the great Arnab Goswami. Of all the other things besides being a murderer and an awful mother is that she is guilty of being too ambitious, running after money, wanting power and fame at all costs and having too many husbands!! 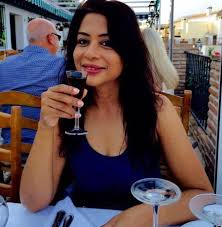 The one picture that is being showed around of her is the in which she is holding a glass of drink. Does a woman enjoying her drink make her a persona non grata ( this is presuming she is halving alcohol) .Are we still living in the 60’s when only the vamps would drink and smoke implying that they were having loose morals and the heroine was this Sati Savitri, like recently a Godwoman said “pure and pious”. There are loads of women in this age and times that enjoy their drink without the guilt of being branded as an immoral.

She belonged to a small town place i.e. if u consider Guwahati a State Capital of a state as one. But that does not mean people coming from these places cannot aspire for power and fame. The liberalized and open economy of the 90’s made it possible for that generation to jump over to higher strata with relative ease, if they had the determination talent to take it forward. In this age who isn’t ambitious and who is not willing to step in the grey areas of life to achieve what they desire. I see the example of the go getters and pushy individuals all around me. Who would not think twice of using someone as a stepping stone to go higher up? Maybe they won’t kill to achieve their goals but so again blame Indrani for murdering her daughter and don’t make her guilty of being too ambitious.

Another line used against her is that “she was running after Fame and Money”. Who isn’t?? I don’t know ne one who isn’t. Ok maybe not everyone but they are certainly a minority. Like a dear friend always tells me everyone wants to be recognized and feel important. And isn’t the money one aphrodisiac that keeps everyone a permanent high. “She used her Charms” on Peter Mukherjee, well a fifty plus man is certainly getting what he wants to fall for her fabled charms. Don’t we see women and men using them to further their objectives? “Her financial dealings in INX Media weren’t above board”, who doesn’t like making money given a chance and aren’t there numerous example of fleecing the investors, from the dubious airlines, to chit funds to the big corporate who gorge on the public money from the banking sector. So running after fame and money is no crime it’s the murder that most certainly is.

She is guilty of passing off her daughter and son as her brother sister but imagine being a mother at just 15-16. And u r this ambitious woman, what do u do? The path she chooses was certainly not right but she had an entire life ahead of her. She left her kids at grandparent’s house and moved to another city for economic security. Who is not doing it when they leave their kids to go abroad for work; we all have neighbors or relatives who make the grandparents in charge while they earn the mollah. Don’t we all have known someone who have been bought up by the grandparents away from their parents for economic, social or any other reason, we don’t judge them so why judge Indrani for this.

There was this great hurry in unearthing her affairs and marriages by the news channels. So what if she married 2 or 3 times or is she had affairs, haven’t we all heard of the saying try -try till u succeed. Don’t we know of high profiles multiple marriages or the practices of followed in the tribal belt that don’t fit into our conventional middle class values? Who are we to question these consenting adults and force them to live according to our values??

One TV Channel has even got a psychologist in declaring her as a Psychopath!! The traits of being one are: Superficial charm, grandiose sense of self-worth, pathological lying, cunning/manipulative, lack of remorse, emotional shallowness, callousness and lack of empathy. I know loads of people who would be a fit case of being a Psychopath including some neighbors / friends / acquaintance!!

So let Indrani be punished for allegedly killing her daughter, for ill treating her kids and hiding them, but most certainly for not being too ambitious , for drinking or for her multiple marriages.